Wow, The Band Perry playing live and close-up in the fine, Knust club in Hamburg! Our U.S. country-amigos may only dream nowadays of such an intimate experience, as the band has achieved meanwhile by the two excellent studio cd’s, live-gigs, amongst the many also by the CMA Awards and Grammy nominations a cult status not only in genre popularizations. The venues are getting bigger and bigger by ticket-demand.

Point 9 p.m. – Lindsay Ell was entering as very special guest the stage. Her discoverer and promoter was no one else than legendary Randy Bachmann. The blonde maple-leaf lady from Calgary, Canada, was to enthuse immediately by her powerful voice and it was specially her solos on the acoustic guitar which were outstanding. She proved immediately that it not necessarily has to be the electric six-string to hex.

Her legerdemain by her solos combined with the melancholic chant were to polarize by the highlight of her set „Not Another Me“. As conclusion to her frenetically acclaimed approximately 30 minutes show she was still amazing by her Jimi Hendrix intro. Lindsay Ell – A fantastic singer-songwriter. Watch her out on her further career!

The Band Perry were starting the wild-style by „Done“. The elixir by country with rockin’ pop leverages was turning the Knust immediately into a toll-house. What an explosive musical start. Brilliant were also the cajun-fiddle solos by Jason Fitz. Like their faves on stage the freaks were jumping in the auditiorium up and down. No one could tumble down in the packed saloon. Kimberley Perry was not only the powerful lead-chanteuse, she was to put a positive spell in everybody by her sweetest charm, charisma and beauty. Oh no, this was no evening spent absurdly, as by title „Nights Gone Wasted“ was expressing. Stunning were the multi-several voiced lead and harmony chants. The Band Perry were providing their additional band-mates also bounteous space in the spotlight. The two lead-guitarreros were to duel themselves the musical style by their axe-plays the best southern-country-rock manner. The title song of the actual cd „Pioneer“ was to ensorcell by its Old-Time Nashville Sound. The notch was Neil Perry to elicit miraculous tunes out of his mandolin. The tunes were melting over into the ones of the hymn „Amazing Grace“.

What a dreamlike and overwhelming concert-moment, so rich of emotions. By „Better Dig Two“ the regular set-end was already achieved after approximately 60 minutes. The time had gone by like a speedy covey. The call-of-the-wild applause was making the brothers and their sister to hail back on stage to serve their devotees by „If I Die Young“ a glimpse of thoughtfulness by the calm, meditative melodies. This was also proving the impressive way the intellect of The Band Perry. As glorious final there was the country-esque version of the Queen classic „Fat Bottomed Girl“. The Band Perry together with their band-friends and guest Lindsay were jamming and powering excessively. The lead-vocals had been taken over by Neil. Brother Reid Perry was very much into his loving-elements as rocker by the grace of the lord and his bass-grooves were thunderous. What a grand-final! Rarely there was to be witnessed a band playing so „Over The Top“ by high energy, creative show-choreography and on top always the natural and simpatico style. The Band Perry had played a terrific live-gig, a definite nominee for the title of „The Concert Highlight Of 2013.

The Band Perry – Thanks soo much! Please come back again on tour to germany soon! 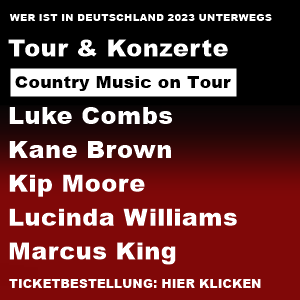 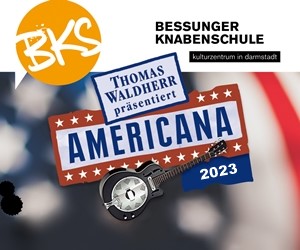